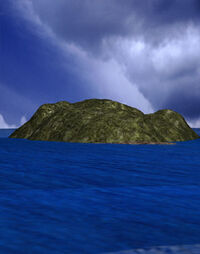 The Amazons are the reincarnated souls of women slain throughout pre-history by men and given life by five Olympian goddesses -- Artemis, Athena, Demeter, Hestia, and Aphrodite. Created over 3,000 years ago to teach the merits of virtue, love, and equality to the men of “Patriarch’s World”, the immortal Amazons are the primary residents on the island of Themyscira.

The Amazons were given gifts of physical strength, beauty, wisdom, and love, and were ruled by two sisters, Hippolyta and Antiope. The Amazons founded the city- state of Themyscira, in ancient Greece. Ares, the God of War, a chief opponent of the Amazons, manipulated his half brother Heracles to gather forces and attack Themyscira. Heracles seduced and ravaged Hippolyta, and his forces succeeded in ransacking Themyscira and enslaving the Amazons. Through strength and savage cunning, the Amazons freed themselves, slaughtering most of their captors. Soon after, Antiope lead a force of Amazons off into Greece, seeking vengeance on Heracles. As decreed by the goddesses, Hippolyta lead the remaining Amazons to a remote island, where as penance for their failures as teachers they became guardians of Doom’s Doorway, preventing the escape of the monsters beneath. Renaming the paradise island Themyscira after their fallen capitol, the Amazons began their new lives, erecting buildings and monuments, perfecting their skills as artisans and warriors.

For centuries the Amazons lived in a perfect state of harmony with their surroundings. They knew no racism, although many treat the Lost Tribe of Amazons as little more than savages. They did not think in terms of male gender -- the word “policeman” was alien to them until Diana’s departure into the outside world. They live in a world where homosexuality is completely accepted -- while some Amazons are chaste, others have loving consorts. The live in a city composed entirely of Greco-Roman architecture from 1200 BC. They wear Greek garb, togas and sandals, and the appropriate warrior clothing -- shields, breastplates, helmets. They all wear the Bracelets of Submission as constant reminders of their past, though these bracelets cannot deflect bullets like Diana’s. They are fervently religious, worshipping their gods as living deities. Artemis is their primary goddess, and they worship her with a sacrifice of a deer. The Amazons celebrate their creation each year in a Feast of Five, remembering the goddesses who brought them to life.

Occasionally, the Nereides would bring to the shores of Themyscira young infants who would have drown otherwise in accidents. Called "sending forth", these infants would wash up on the shores of Paradise Island, be tutored spiritually in Amazonian ideals, and then sent back mystically to the place of their disappearance. Julia Kapatelis, Diana’s first friend in Patriarch’s World, was one such infant.

In recent times, Hippolyta’s daughter Diana, also known as Wonder Woman, has become an ambassador to the outside world. With Diana’s help, the Amazons have opened the shores of Themyscira to dignitaries of “Patriarch’s World”. The creatures beneath Doom’s Doorway were defeated, and for a time the Amazons destroyed their battle armor as testament to a new period of peace. The Amazons opened up their shores to dignitaries form Patriarch’s world, but that exchanged was almost destroyed by Eris, Goddess of Discord. The Amazons even conducted their own tour of the United States, where they were framed for the murders of several people by Antiope’s descendants, the mercenary assassins of Bana-Mighdall, and Circe. It was during the War of the Gods that the Amazons recrafted their armory, vowing to once again become warriors. Circe would transplant many of these mercenary women of Bana-Migdhall, called the Lost Tribe, to Themyscira, where, after warring with the Amazons already there, joined forces to stop Circe herself. The two sects of Amazons forged an uneasy truce, living at opposite ends of the island.

Themyscira fell under siege as aliens from Paseth captured Diana Primus (Wonder Woman), and Hippolyta as they enslaved the entire island of Amazons. Mudala planned to reclaim the the throne that she believe was rightfully hers. Instead, Diana would defeat Mudala, and be sent to an alternate universe where there were only female superheroes. Upon Diana's return to Themyscira, she restored the throne to her mother, whom also would reclaim her Amazon strength.

Retrieved from "https://dcfanfiction.fandom.com/wiki/Themyscira?oldid=4914"
Community content is available under CC-BY-SA unless otherwise noted.