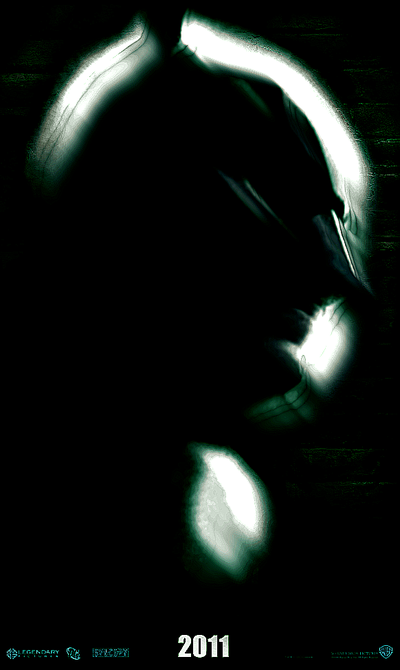 The Caped Crusader is the name of the third Batman movie in the Christopher Nolan Batman series. It follows The Dark Knight.

Michael Keaton, Val Kilmer, and George Clooney make cameos as Janus Cosmetics businessmen, in memory of how they are the three actors to have previously played Batman in the live action movies. Sam Worthington cameos as Hal Jordan. 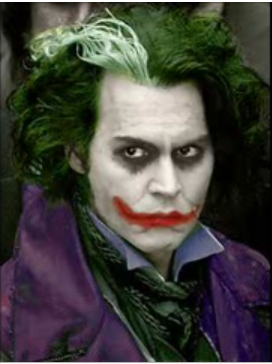 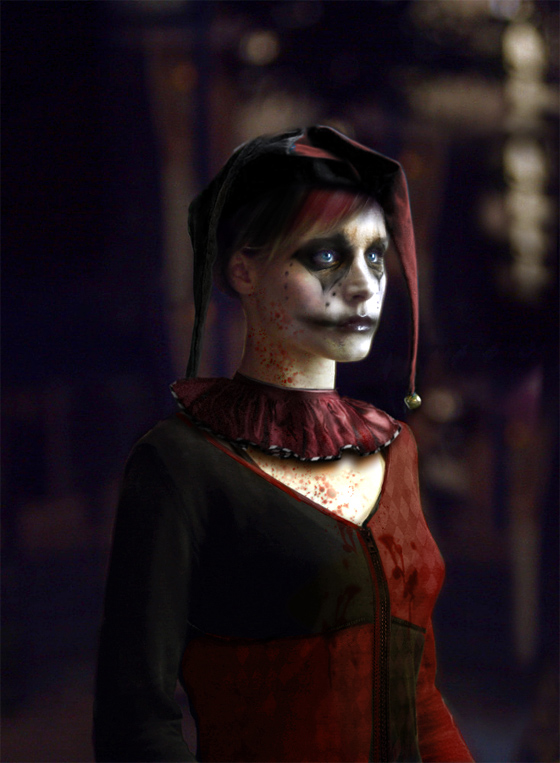 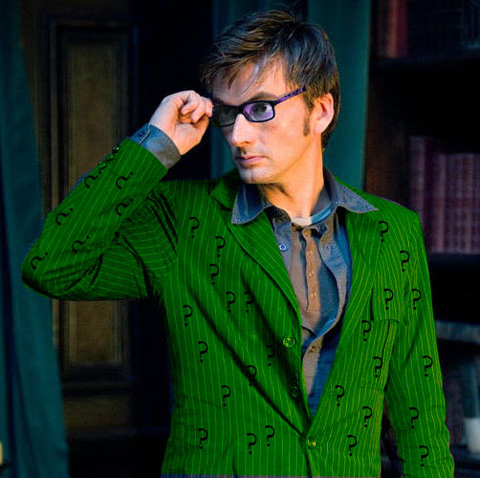 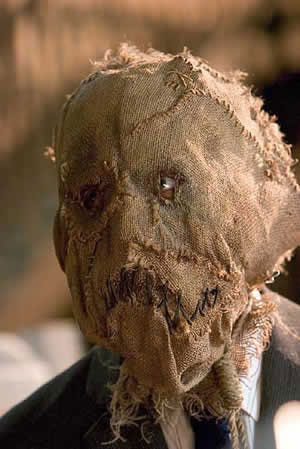 Batman is now on the run from the law after taking the blame for killing Harvey Dent, to keep his name clean, thus keeping the movement for reform going. Jim Gordon, Batman's ally, commissioned a task force to go after him to keep the appearance of Batman being evil.

It is dark when a door suddenly opens making light stream into the room. It is small with a wooden floor and fading paint. There is a single small chair sitting in the center of the room. Three men enter the room. One is holding another as a captive and the captive struggles. The man that isn't holding the captive turns on a single light bulb. While the man ties the captive down to the chair, the other closes the door. The captive is breathing heavily and then looks up and the two thugs who brought him in their, "Please," the captive pleads, "Let me go!" "No," one of the two thugs replies looking at him, "No Jack." "What did I do," Jack shouts. "Don't play dumb," the thug shouts, "You were the one who tripped that alarm to get us captured." Jack looks down with sweat pouring down his face and then looks up saying, "If you're going to kill me, make it quick. The sooner the better for me. I have nothing left anyway! My Jeannie is dead!" "Yes," the thug replies, "Mr. Falcone desires your death." "You see," the thug says walking towards Jack who is trying to look away, "You don't know how profitable that little venture could have been, and how upset we are." The thug pauses walking away from Jack and says, "And about your plea about letting your death be quick, you see, me and Maurice don't like doing it that way." Maurice grins and reaches to a sheaf on his belt. The thug continues by saying, "There is a town in Scotland called Glasgow. In Glasgow gangs would fight each other, similar to hear in Gotham, and they came up with the most gruesome torture method known to man." Maurice then pulls a large knife from the sheaf. The first thug continues, "They would stick a large blade, like the one Maurice has, into the mouths of captured rival gang members, and carve an eternal grin into their faces!" "No," Jack shouts struggling to escape but the bindings are too strong. Maurice puts on a huge and demented grin as he approaches Jack. Jack continues to shout when Maurice reaches Jack and puts the blade in front of his mouth saying, "Why so sad?" After a second Jack gives up struggling and Maurice continues, "Let's put a smile on that face!" Jack tries again as Maurice insert's the blade into Jack's mouth and he then says, "I recommend not moving!"

A group of men are walking towards the Gotham Museum of Art. They are all wearing clown masks earbuds. Their leader presses on it saying, "All right, we're at the museum." "Good," a voice replies over the earbud, "Now the alarms are about to be turned off in a second.

Two black armored vans are waiting behind the van to pick up the thieves when they leave. Two men are waiting inside of each. "Got a light," one asks another who is sitting next to him holding a shotgun. "Sure," the other replies pulling out a lighter and lighting his partner's cigarette. They suddenly hear a noise come from the other van and they quickly look into the van and see that the two thugs in it are gone. "Where are they," the thug with the cigarette asks getting out of the van. The other follows behind with the shotgun ready. They get to the van and look around it. "Where are they," the man with the shotgun says. Suddenly his partner falls to the ground and the man with the shotgun turns to see Batman looming next to him. "You," the man shouts and points the gun at Batman. Batman swats the barrel away with his right hand and then punches the man in the face with his left fist.

The men are gathering back in the entry of the museum with sacks filled with valuable artifacts and jewels. The leader looks outside and says, "Weren't they supposed to drive the vans over. "I'll check," Riddler says over the earbud and checks the outside security cameras and finds the men missing. "They're gone," Riddler says." "What," the leader shouts and suddenly somebody falls from the ceiling. This puts the men on edge, but they see that it was one of the guys guarding the vans. "Louis," one of the men says and then looks up and Batman jumps down on top of him. "The Batman," the leader shouts, "Waste him!" The men fire rounds and rounds at Batman but he easily takes them down. The leader manages to run outside as Batman takes down his men.

The leader manages to reach one of the vans, and pulls out a knife which he uses to turn on the ignition since he doesn't have the keys. He then begins to zoom out of the alley thinking he's home free but the Tumbler suddenly veers around the corner. The man screams as his vehicle crashes into the Tumbler. The two vehicles collide and the man hits his head on the steering wheel. When he regains full concscience he jumps out of the van and looks around for Batman with his pistol drawn. He suddenly feels a tap on the shoulder and turns around to be punched in the face. He falls to the ground unconscience and Batman picks up the earbud and puts it into his ear saying, "Riddler I presume." The Riddler laughs over the earbud and says, "Ah Batman,a gain foiling one of my plans." "I will find you," Batman says. "That's nice," Riddler replies, "But how about this. In the land of the pig the butcher is king. But who is king among the butchers." "Another riddle," Batman says with a bit of annoyance in his voice. "Find that out if you want to know what's to come," Riddler says and then laughs. The earbud then turns off. Batman then puts it into his utility belt and then pulls out a communicator and puts it to his ear. "Hello Commissioner," Batman says into he earbud, "We have a group of men wearing Joker masks out at the Museum of Art. Apparently more acolytes of the Joker. Come and pick them up." Batman then puts the communicator into his belt and gets into the Tumbler. He then drives away.

Retrieved from "https://dcfanfiction.fandom.com/wiki/The_Caped_Crusader?oldid=3968"
Community content is available under CC-BY-SA unless otherwise noted.