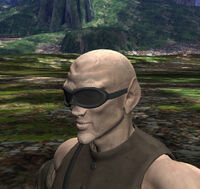 Kuulas aided in the capture of Diana Primus (Wonder Woman), at Themyscira, as well as her mother Hippolyta (Primus). He would also fail to close the Trans-universal Portal that would leave all trapped in the Earth (Prime) universe.

Adaptability: Like all Pasethians, he posses the ability to survive any harsh conditions.

His Size: Due to his Larger Frame, he can easily be caught off guard.

Retrieved from "https://dcfanfiction.fandom.com/wiki/Kuulas?oldid=5008"
Community content is available under CC-BY-SA unless otherwise noted.