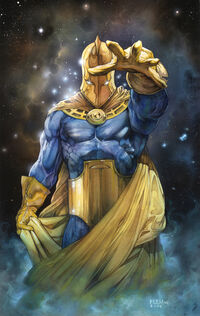 Thought Sharing: Kent has a family gift, a talent that runs in his family. He can share in someone's thoughts by looking directly into their eyes.

In all of his incarnations, Doctor Fate is an accomplished sorcerer, and at his most potent able to match most other wizards in the DC Universe.

Retrieved from "https://dcfanfiction.fandom.com/wiki/Kent_V._Nelson?oldid=24340"
Community content is available under CC-BY-SA unless otherwise noted.