See also A secondary Earth Prime, Simular to ours with differences in realities. for a complete list of references to distinguish between these closely named or closely related articles. 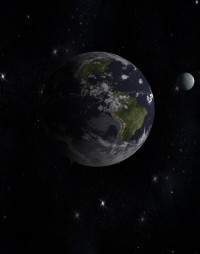 Earth Prime was created some 4.5 billions years ago. It's human history follow much in the lines of our Earth (As in the Real Life), with differences in the sexual demographic of the planet. Must notably, there is a lack of male superheroes. Also some notable cities such as Metropolis, and Gotham City do not exist. For the most part, most heros exist with different backgrounds, and some do not exist at all. Ergo, instaed of Superman, you have Superwoman, and instead of Batman, you have Batwoman. Even with such anomalies, certain facts are still present such as Lex Luthor, Bruce Wayne, and Kal-El do exist. World politics on the other hand are far different. The world is full of upheaval, and anarchy. Most the problems are done by man himself.

Retrieved from "https://dcfanfiction.fandom.com/wiki/Earth_(Prime)?oldid=4622"
Community content is available under CC-BY-SA unless otherwise noted.